Shopping Cart
Your Cart is Empty
Quantity:
Subtotal
Taxes
Shipping
Total
There was an error with PayPalClick here to try again

Thank you for your business!You should be receiving an order confirmation from Paypal shortly.Exit Shopping Cart

Would you leave translating your texts to just  anybody?

Most people know that translating texts requires a thorough knowledge of not only the target language, but of the source language as well.

However, witness the countless rather poorly translated publications in the media, translations are not always given the attention they deserve or need and many people seem to settle for second best, or even less.

An unfortunate situation, and an unnecessary one, because there is a solution: all you need to do is find the right person to do your translation work for you.

By coming to this website you need not search any longer, as you have probably found what you were 'Googling' for.

Free translation services on the Internet and the translation modules that come with some software packages pose an increasing temptation to their users to try their own hand at translating their texts and publications. As these 'D-I-Y translators' usually lack the professional knowledge and skills that this specialist work requires, this remedy is often worse than the disease, as it may lead to the wrong choices: clumsy, bent sentences, and sometimes even apertly wrong translations are the result.

Economizing on your translations, however understandable and perhaps necessary as it may seem for budgetary reasons, is an example of being penny-wise, but pound-foolish.

A well-written source text and ditto translation will pay itself back, and may even lead to a benefit: not only in the sense that its return may be greater than the investment of having your texts translated, but also because the quality of your texts will reflect on you or your business.

Creative Translation aims at serving you, the client, by delivering excellent, reliable and presentable translations, at a fair price.

Creative Translation does not exclusively aim at the commercial market for translations, but also takes assignments from private individuals.

Brochures, business correspondence, letters of application, texts for websites, presentations, guided tours on (art)exhibitions, in short: virtually any situation that requires a correct and reliable translation of English or Dutch texts may be reckoned to the domain of our expertise.

Our activities are not limited to the ones mentioned, witness our portfolio: we also feel at ease translating Dutch or English (illustrated) books on various subjects.

Who is Creative Translation?

Creative Translation was conceived and developed by Thom Binksma (1955).

Thom: "I have been preoccupied with languages ever since my childhood. At first in a general sense, later on more in particular with English, the second language that I was practically spoon-fed with.

After many visits to Britain and a study of English - what else? - I gained a lot of professional linguistic and translating experience as a teacher of English in various institutes for secondary (vocational) education (Dutch MBO) since 1978. In due course I became increasingly interested and active in the fascinating world of translating, and gradually shifted my activities from teaching to translating. The increasing number of assignments and satisfied clients (see: Portfolio) enabled me to increasingly let go of my activities as a school teacher and set up my own translating business in 2009. In September 2015 I decided to close the - by then 36 years old - book of my teaching activities altogether and supplement my (due to early retirement  rather modest ) teacher's pension as a translator .

I am greatly indebted to my friends George Hall († 2015) owner of Parallel Text and Gerard van den Hooff (Rosetta Translations), two experienced translators and - by now - highly appreciated colleagues whose professional support and advice have proved invaluable in the process of making my career switch a success. "Thanks a lot for that, mates!" 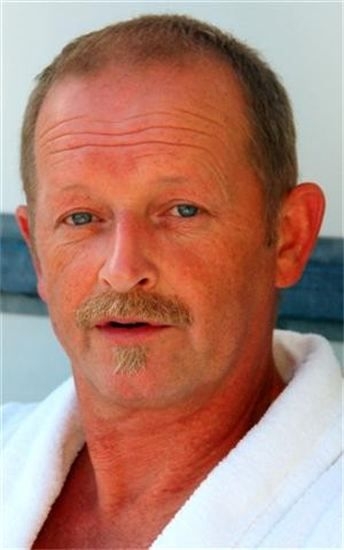 Creative Translation is a business that does not only take itself seriously, but primarily you, as a client. As a serious entrepreneur, you want your English and Dutch texts and publications to be correct, readable, presentable and crystal-clear. As it happens, so do we ! Creative Translation can offer you a helping hand in achieving this goal. Our services range from proof reading, correcting and editing your texts, to producing complete, reliable (and creative) translations and texts.

If you want your contact details to be added to our clients list, please fill in the fields below